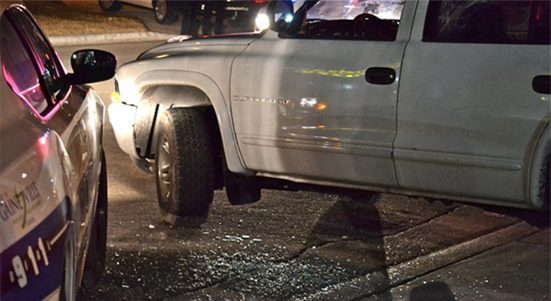 
Support Grows for Reducing the Number of Pursuits 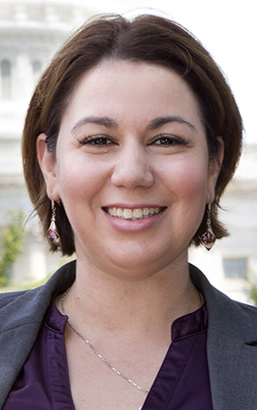 Esther Seoanes, PursuitSAFETY’s executive director, shared her expertise about the dangers of vehicular police pursuit as a guest on AirTalk. You may also click on Esther’s picture (left) to listen to the 17-minute show. She comes on at about the 10:20-minute mark.

First Thomas Frank, a reporter at USA Today, speaks about his national analysis on police chases. Then Travis Yates, a commander with the Tulsa (OK) Police Department and director of SAFETAC training for law enforcement, discusses the need to debate this issue.

Esther stated, “Overall technology is good, however, I think that officer training needs to be at the forefront. Officer education and training have to be number one. Also, the change to restrictive pursuit policies, so officers don’t have to pursue for nonviolent, non-felony crimes is important. That’s very important.”

She talked about how research proves that most suspects can be apprehended without pursuit. She listed several ways to keep the public safe. They included: Many suspects are arrested because of good detective work, rather than a chase.

Police officers have other options. They can capture suspects by using:
1. unmarked cars to follow offenders and apprehend them when they are no longer in the vehicle, i.e., when it’s safer for the officer and the public 2. two-way radios and interagency communication, and 3. variations of “auto trap” to catch drivers in stolen cars.
Travis Yates stated that Esther “is onto something being done in other countries.” He said law enforcement in Canada, for example, use unmarked vehicles to follow suspects inconspicuously, and they pursue for only violent crimes.

Tools for Law Enforcement
Click here to read about our legislative work. At PursuitSAFETY, we believe technology is needed. We also believe there is no replacement for officer training. Lives are saved when officers are trained in and follow a restrictive pursuit policy. The complete package: Policy, officer training, supervision at the command level, and accountability. Tools used by law enforcement with the goal to reduce the number of pursuits.

XHAUSTR has been found effective in limiting the number of pursuits. The Los Angeles PD and Las Vegas Metropolitan PD are using it. It’s Ideal for Stolen Vehicle Task Force, SWAT Teams, Fugitive Apprehension, Warrant Teams, Narcotic Task Force, and Bait Cars. You may find information on these video links helpful:
· A short overview about the XHAUSTR
· Longer overview with more info and stats
· Installation video 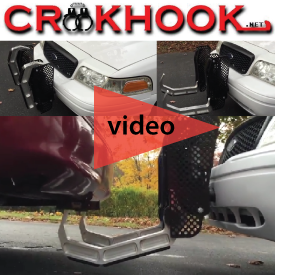 Pursuit Prevention Technology
Meet the inventor of CROOKHOOK®. Kevin A. Trigo realized that the police had few options once they got behind the fleeing suspect’s vehicle. Trigo combined his interest in law enforcement and 30 years experience with being on the road driving trucks and also operating heavy equipment in demolition to develop a tool to PREVENT a pursuit.

“We had that hope in the 1930s with the advent of the two-way radio; still today the best—and most underutilized—weapon we have in the fight against police chases,” says Candy Priano, PursuitSAFETY Founder. “Then came other devices, such as stop sticks, spike strips, computers, helicopters, OnStar, GPS, etc. Even with our best and most promising technological advances, we cannot underestimate the human element when it comes to pursuits because it is still the major factor and reason why drivers fleeing the police kill the innocent.”

PursuitSAFETY continues to investigate technology that will provide law enforcement with the tools they need to apprehend suspects in a safer way. We look forward to the day when the use of technology begins before there is even a chase, given that most deadly crashes happen within two to three minutes of a pursuit. PursuitSAFETY does not endorse, promote, or recommend pursuit reduction technology products from any commercial company.

PursuitSAFETY® serves families from around the world. Candy Priano, the organization’s founder, is also the victim services director because that’s where she says, “my heart lies.” Send Candy Priano an email: candy.priano@pursuitsafety.org.

PursuitSAFETY’s speakers—career officers and civilians—reach out to a variety of audiences: police officers, teen drivers, and the public. They’ve spoken at law enforcement conferences, community centers, churches, and universities. We share our stories about the tragedy of innocent lives killed and permanently injured as a result of violent pursuit crashes.